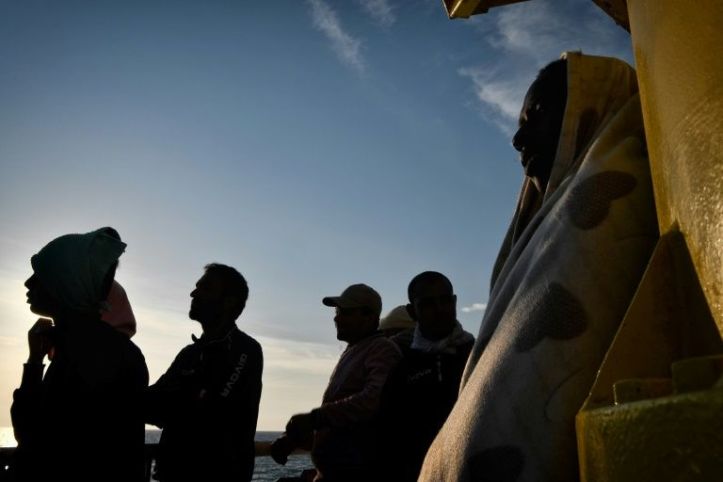 The Italian government on Monday adopted a heavily-criticised security decree which will make it easier to expel migrants and strip them of Italian citizenship.

It will help Italy “be stronger in the fight against the mafia and [people] smugglers, reduce the costs of excessive immigration, expel delinquents and fake refugees, strip terrorists of citizenship, [and] give the police greater powers”, Salvini said.

President Sergio Mattarella has 60 days to sign the legislation and then it goes to Parliament for approval.

Presenting the decree to journalists alongside Prime Minister Giusep­­pe Conte, Salvini said the decree streamlines the rules for processing asylum requests and brings Italy into line with other EU countries.

Humanitarian protection — a lower level of asylum status that is based on Italian rather than international law — that was awarded to 25 per cent of asylum seekers last year would henceforth be awarded based on six strict criteria.

These include whether there is an urgent medical need or if the applicant was the victim of a natural disaster, or if they had carried out “heroic acts” in Italy.

If appeals fail, they face the prospect of being classed as economic migrants who must return home.

Those seeking refugee status will now have their requests suspended if they are considered “socially dangerous or convicted in the first instance” of crimes, while their appeals are ongoing.

They will also in future be housed in bigger reception centres, while only minors and those with recognised refugee status will be housed in different parts of the country in order to facilitate integration.

There are currently around 155,000 migrants held in reception centres, down from 183,000 at the end of 2017.The new law also lets local police have Taser stun guns and makes it easier to evict squatters by getting rid of the obligation of finding provisional housing for the most vulnerable.